“The Permaculture Action Network is a medium through which we all can participate in a transformative movement to grow and rebuild a better world that works for everyone.”

In the fall of 2014, The Permaculture Action Network set out with The Polish Ambassador and Ayla Nereo on a 32 city tour called Pushing Through The Pavement. This was a landmark event in the scene, as we all watched what was possible when artists use their musical platform to encourage people to come together in an effort to create a more sustainable future for our planet. This year the Permaculture Action Network is joining with activist powerhouses from the group Rising Appalachia,to grow some of their community seedlings they so lovingly planted a year and half ago.

Working their activist values onto their musical stage, Rising Appalachia has collaborated with groups like Prison Yoga Project and One Billion Rising, along with other organizations that stand for social justice and positive change. Ryan Rising, one of the organizers who has been with the Permaculture Action Network since its inception, describes in an interview with Lost in Sound, that “Rising Appalachia’s songs call a lot of people into action, and Permaculture Action Network is about literally organizing those actions and inviting people to come participate in them the very next day.”

On their Slow Music tour across the U.S., Rising Appalachia spreads their “Slow Music Movement” ideals. Leah  illustrates the movement as an “effort to take the glitz and glam out of the music industry and bring performance back to its roots – that of public service. A service where musicians are not just part of fast-paced entertainment world, but instead influence the cultural shift as troubadours, activists, story tellers, and catalysts of justice.” Alongside the Permaculture Action Network, Rising Appalachia will bring these principles to life with the planning of three community action days during Jazz Fest in New Orleans, after a Red Rocks show in Denver at the end of May, and in the Bay Area in the fall. 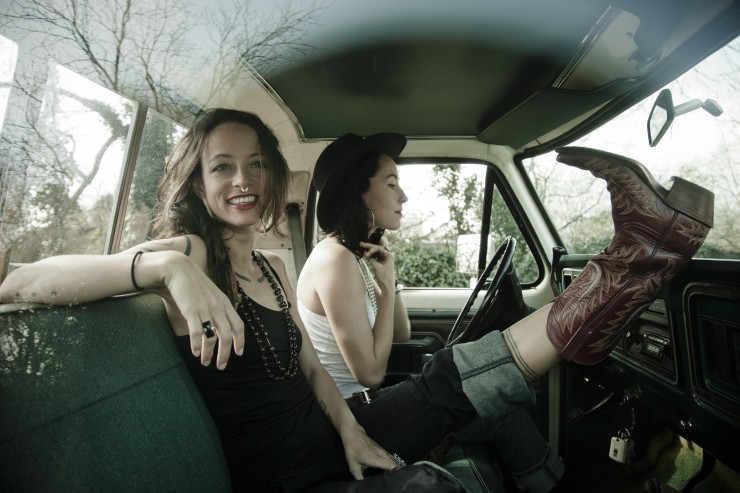 The action days organized by the Permaculture Action Network have been uniting people across various landscapes and in different communities, connecting people through their hands in building, gardens, rainwater catchment systems, and greenhouses. In developing a more sustainable infrastructure, the Permaculture Action Network is hoping to turn its seeds into growing gardens of social transformation.

Over the course of the permaculture tour Pushing Through The Pavement with The Polish Ambassador, a lasting network rooted across the U.S. These roots continue to impact the cities and people who were a part of that first tour. Since then, the network continues to establish more stable and sustainable community groups within each city that was initially visited. Through their IndieGoGo campaign, the organization is working to integrate permaculture into schools, scholarship programs, and more community gardens as well as help cultivate the ethics of permaculture and activism, simultaneously creating environments for strong community leaders and groups to emerge. 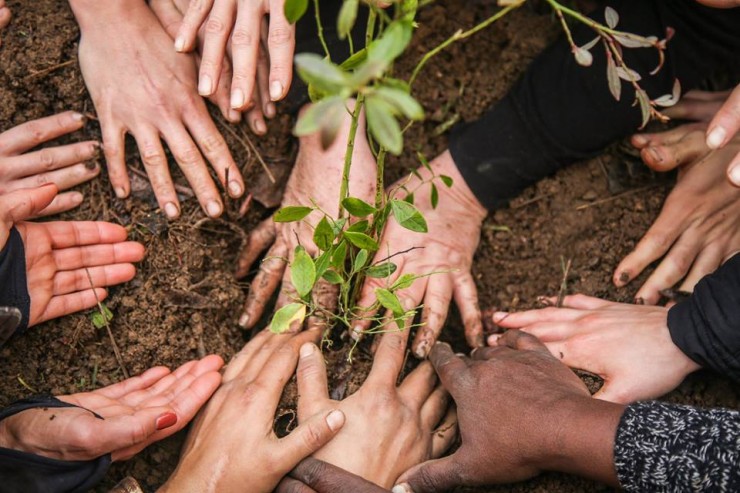 “There’s a sense of community and being held in the collective that we all experience at shows and music festivals and that has the potential to be a springboard for this larger movement towards a just and regenerative world,” says Ryan Rising. “It’s this sense of ‘okay, here we are all together, celebrating and enjoying the feeling of being part of a community. Now let’s go out into the world beyond this container and start to build the common spaces where we can live and feel this way all the time.’”

In this mini tour with Rising Appalachia in the fall, the two collectives will be focusing on food justice projects. The Permaculture Action Network will give growth to projects that take unused or misused land in the city and transform it into spaces that can grow as much nutrient-rich organic food as possible for everyone, especially those who can’t otherwise afford good food and/or don’t have the space to grow it themselves. 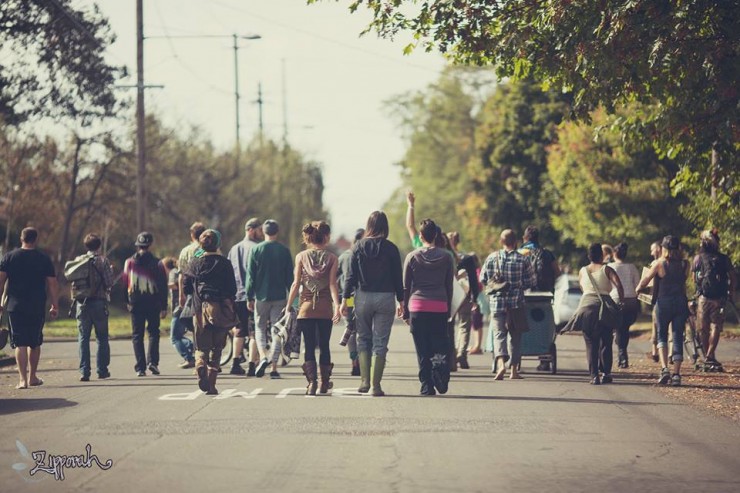 Photo by Zipporah Lomax taken during an action day in Portland, OR during the first Permaculture Action Tour.