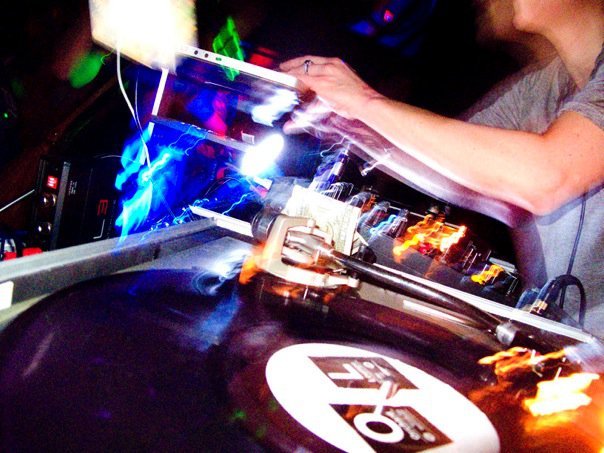 They say the sequel is never as good as the original; that when you try to replicate an event, it loses the mystique or originality that made it interesting in the first place. But when Orchard Lounge returned to the helm behind Thumpty’s DJ booth for the second time on February 27th, their mind-blowing 4+ hour set was anything but sub par.

To get the party started, aspiring Boston-based DJ collective, Om S3quence (Greg Nickerson, Ben Fogel, Joe Petit) spun an opener set under Thumpty’s brand new pair of brilliantly colored LED lights as an unbelievable volume of people filtered from the snow covered Ithaca streets into Thumpty’s warm, inviting Grand Hall. Joining Om S3quence was Thumpty’s own Electric Mayhem (Josh Stansfield), and though collaborating for the first time, the foursome still threw down a fiery set of deep house that kept the sold-out audience in motion until Orchard Lounge appeared on stage at 12:30AM.

As Orchard Lounge (represented by Bethany Lokken and Ben Silver) transferred from the Om S3quence vs. Electric Mayhem setup, you could feel the enthusiastic tension radiating from the packed audience. And indeed, from the instant Bethany dropped her first track, the crowd threw their hands in the air and raged uninterrupted through the boundless peaks and valleys of OL’s set. 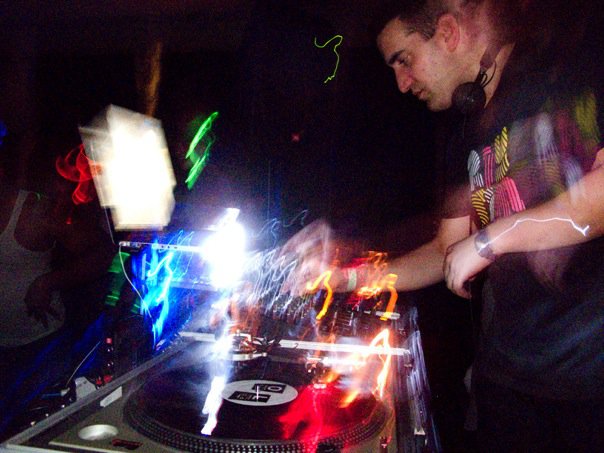 While Orchard Lounge never fails to deliver with their trademark blend of hypnotic/house/breakbeat/minimal/every-genre-you’ve-ever-heard-of rhythms, the real party came when the mobs dispersed, and the looser crowd could enjoy a very comfortable, highly energetic dynamic with the performers. As the clock crept toward 2:30AM, Bethany slowly picked up a bouncy, minimal groove until she absolutely slammed the audience ( who now had a proper amount of dancin’ space) with a tremendous Aeroplane remix of Cobra Dukes’ “Airtight.” And as the clock continued to tick and the crowd still showed no signs of fatigue, the performers really stepped it up, busting out their super funky take on Michael Jackson’s “Billie Jean” before dropping some serious bass back on the audience.

Orchard Lounge finally busted at 5AM, and took some well-deserved time to kick back and mingle with the die-hards who made it through the whole show and were still standing.

So did the sequel live up to its predecessor?
Fuck yeah. 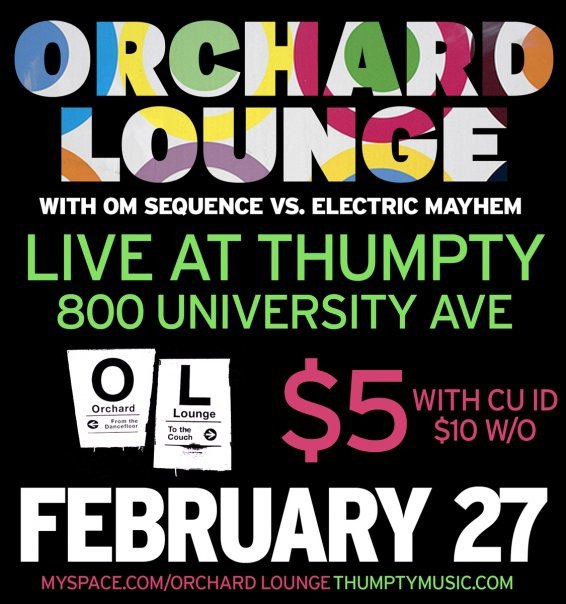