Cities are cultural hubs, with thousands of people participating and contributing to music, the arts, and entertainment every day. Most of us consider cities the birthplace of new ideas and trends, with rural areas imitating the events and practices inaugurated in their closest urban counterpart. The age of information changed these trends, as we all gained real time access to the experiences for which we previously needed to be physically present. Inspired by what was seen, small towns began upping their game. Funding to public arts and culture has increased exponentially in suburban and rural areas around the country, leading lesser known destinations to become melting pots of innovation and learning. This series seeks to highlight the artistic endeavors of those diamond in the rough communities around the United States who are bringing their cultural vision to light.

Waterville, ME is a larger community in the Belgrade Lakes region of central Maine. Home to Colby College, Waterville has always had a revolving door of new artistic ideas flowing through as a result of the top notch arts program, which recently received an enormous funding boost and overhaul. The college has recently built a new art museum and dormitories downtown, part of a collaborative effort with the town to drive community interaction. The town itself is jumping on the bandwagon, funneling efforts into music and the arts like never before.

One project that has benefited exponentially from the cultural renaissance is the Waterville Opera House. The newly renovated 800 seat theater, originally built in 1902, has taken significant steps to bring the people of Waterville modern, exciting musical and theatrical performances, the likes of which they would previously have driven multiple hours to enjoy. Originally focused strictly on theater, with performances like Young Frankenstein and Romeo & Juliet augmented by a top of the line lighting and sound system, the Waterville Opera house has now expanded their programming to include concert series, comedy, and much more. 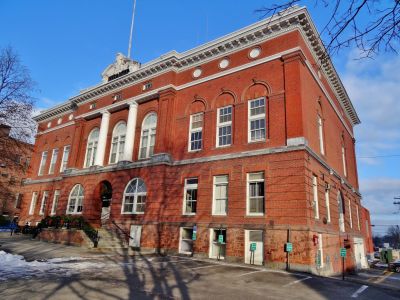 One such project, the WOH presents series, is spearheaded by the Opera House’s new program director Chris Cote, the founder and mastermind behind Great North Music & Arts Festival. Bringing bands such as Viral Sound, Kung Fu, Gater, Cromatropic, and much more up north where they may not always have the opportunity to perform is an act in and of itself, but WOH presents takes the concert experience to an entirely new level. Reminiscent of a Kesey-level acid test, WOH presents is an audio-visual masterpiece, bringing in custom stage design, visual content, and lighting effects from some of New England’s top techies. Audiences are invited to “sit back, relax, and be captivated” by the top notch curation.

Lost in Sound was able to sit down with WOH Presents conceptualizer and Waterville Opera House Program Director Chris Cote to discuss his hometown’s leap into the future of music and the arts. 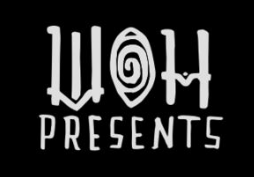 Waterville is undergoing a cultural renaissance. How does WOH Presents reflect what’s happening in the larger community?

So you’re absolutely right, Waterville is currently undergoing a cultural renaissance. With the addition of Colby College moving dorms into the downtown area and collaboration between the local arts and marketing departments, we are seeing and will continue to see a growth in community based arts and entertainment projects. I would like to think WOH Presents is a concentrated reflection of what to come for this area in general.

You’ve had a few installments of WOH Presents at this point. Tell us a bit about the art and music audiences have seen so far.

Sure, so at this point we have presented  Maine favorite Merther, Chromatropic, and Viral Sound, as well as live painting by Ryan Kohler and Douglas Lakota both artists local to the area and featured artist from Great North festivals past. Up next August 12th, we will be presenting Kung Fu with support from Portland Maine trio Gater, with live art by Marty Reynolds. We record HD video content from each performance and have the awesome team at Collective Visions create short episodic installments, so those in attendance can watch the shows again later, and those that didn’t can see what they missed. All of these are view-able on the Woh Presents YouTube channel.

Creating an audio/visual experience in a large theater setting isn’t something we’ve seen in a few decades. Can you tell us a bit about your inspiration for this event series?

So I think a band called the Warlocks used to do it 😉 , Just kidding, of course they did. No, but honestly it has always been an aspiration of mine to be able to present a project that has the audio and visual production quality you would expect at a major music festival inside a venue. Mixing in live painters and HD video content with the event ads a touch of both interactivity and a chance to be a part of music history for attendees. Also I would be kidding myself if I didn’t mention the Pink Floyd laser light shows of yesteryear. I have always thought it would be great to be able to come and see a live show and be able to sit down and be totally captivated by the lighting production and stage design elements. We are really striving to blow people’s minds with production quality and I think we are well on our way there.

You’re best known as the mastermind behind Great North Music & Arts Festival, credited with establishing a strong culture for Visionary art and music in the north east. How much of your own creative vision can be seen in WOH presents?

First off thank you for the super kind words, Great North was most definitely a passion project for me, and I would like to believe I have brought that same passion with me over to the WOH Presents project. Honestly I couldn’t be more blessed or excited about the whole thing – the awesome people at the Waterville Opera House have allowed me to 100% curate this project from the ground up and I think anyone familiar with any of the events that I have been on the development side of over the last five years will most definitely be able to see that . 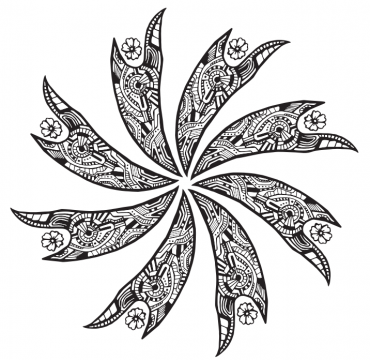 What’s on the roster for this season at the Waterville Opera House?

So the Waterville Opera House is 114 year old venue/theater that is still going strong with all aspects of entertainment. Aside from this new project we are actually still a fully functional theater, presenting theatrical performances from professional to children’s theater, comedy acts, and live streaming of events from across the country. In the fall season, we will be presenting another installment of Woh Presents, Maine native comedian Bob Marley, two full musicals Young Frankenstein and A Christmas Story, as well as a slew of other broadcast productions. We also have a few real big things on the horizon for the spring 2017 season, so keep an eye out.

Why do you feel it’s important to keep music and the arts alive beyond major metropolitan areas?

Honestly I feel like music and arts culture is a catalyst for well being and growth of self and community. I think it’s just as important for an area to have a thriving arts scene as any other major amenity you would find in a city.

What are the overall goals for WOH Presents?

I would say our goals are to provide a safe fun environment for people to come enjoy themselves and just for even a short  time be removed from the stress of everyday life. We hope as the web series continues to gain popularity to be able to present larger and larger acts to both our in house patrons and the world.

For more information on the Waterville Opera House, check out their website:

For a musician, what could be better than making a career out of creating music?…