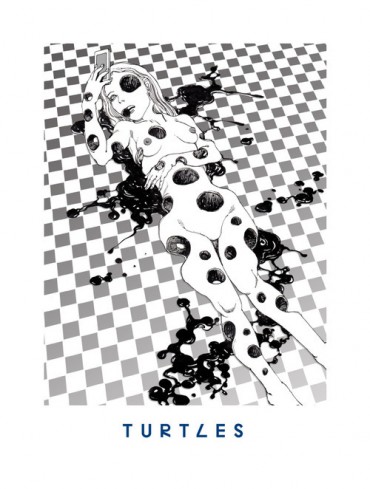 I feel as though I’ve stepped into a musical riddle, and perhaps I’m the only one without the answer.

In 2012 Flying Lotus released his album Until the Quiet Comes, a melodic dreamscape inspired by Flying Lotus’s own experiences with astral projection. This album was a beautiful symphonic expression of electronic sounds that drifted you through the night sky into a waking dream world of musical aesthetic beauty.

Two years later Flying Lotus is taking a different approach, with his fifth studio album. The release of You’re Dead! is a crazy juxtaposition to the light hearted soundscapes of his previous album. An acidic tumbling through musical genres, a hectic kaleidoscope of notes, this can only be termed as electronic jazz, and you are never sure where the next beat is going to hit. This album has me rolling through a crazy mix of emotions I’m not sure are bad or good – best described as confused.

You’re Dead! marks not an end but a new beginning for Flying Lotus, with each track an ever expanding collection of what this producer is capable of, as he rallies an all star cast to help him catapult his album to the top. This album’s artist line up form a hip hop excursion through the ideas of life and death. 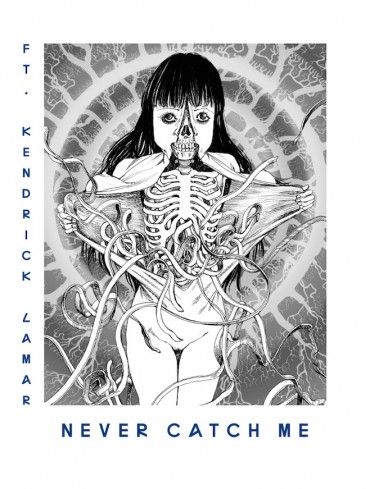 Kendrick Lamar‘s smooth, silky lyrics on “Never Catch Me” raise some interesting questions about death. Hip hop artists are often seen through the guise of fashion, ladies, and parties. Flying Lotus has created a platform for artists to express their philosophical side, opening the gates to questions that truly haunt our lives. Snoop Dogg and Captain Murphy laugh in the face of death in the track “Dead Man’s Tetris,” which feels like an old school underground tune set to life with obscure 80′s video game noises.

As the album unravels, we transcend into the dreamier soundscapes more familiar to Flying Lotus’ fashion. “Coronus, the Terminator” is a beautiful compilation of voices with an airy feeling of drifting through a dreamless night. “Turtles,” my favored track, is a thick jungle of sounds, which vividly paints the shadows of life.

The backdrop Flying Lotus creates in You’re Dead! is chaotic, with a questioning that is pertinent, and a reasoning unveiled. It’s a trip through the bewildered and unsorted spaces in our psyche, and I’m not quite sure I’ll ever fully embrace the noise pollution of these tracks, but, like death, maybe it’s not meant to be understood.

By Chelsea Sorrento Anyone who likes to dance would have appreciated the 20,000-person party that…