It’s Sunday. I’m in a Star Trek costume that I wore on the plane. The zipper on my pants is broken and it won’t stay zipped. I couldn’t care less – I’m on vacation. What’s playing on a Sunday in ChiTown? Schubas is hosting one of seven stops on Disclosure‘s North American tour tonight; Guy and Howard Lawrence are a garage DJ duo from the UK. Keeping the beats accessible is easy for the brothers – they started making music together a mere 2 years ago.  [This is an 18+ show, I can only assume because, well, otherwise our talent wouldn’t be allowed in.]  A few faithfully costumed guests pepper the scene. Waldo, Ron Burgundy, a possible Joan Jett, and that tall dude in the fluffy white pimp jacket. Someone is decked out in glowsticks; I’m not sure if that’s a costume or not. But again, it’s Sunday. Halloween pre-party weekend is coming to a close and the work week is only 11 hours away when the young gents take the stage. 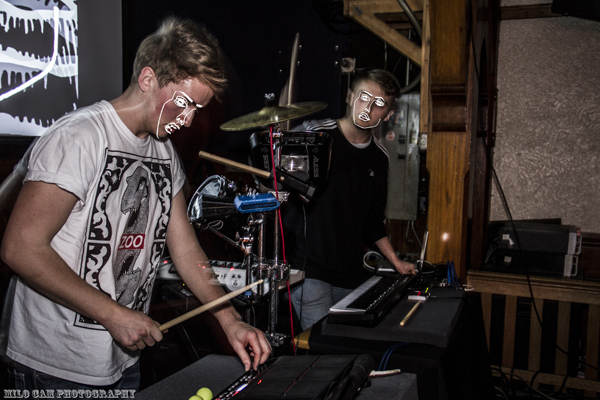 The two slide into “Control” like we were listening to it in the car on the way here. We were. Schubas pulls the lights down, and a certain 90’s raver keeps at least the left side of the cozy mini-auditorium aglow. It’s just as I remember: Chicago club folk are faithful but weary of strangers. Disclosure did well sticking to the books on their intro track, extending some rhythm threads and punching the trim a tad when the moment was right. I’m in the back with a handful of people who have carved out a spot to dance in. The crowd up front is packed in and chilling. Local Goose Island Green Line brews in hand, heads bobbing habitually. 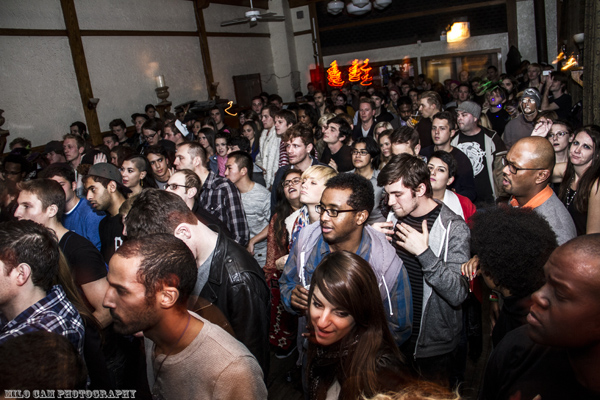 Having just recovered from a major Friday night thrasher, Freaker’s Ball in San Francisco, with a mandatory costume dress code imposed, this show is starting off mellow. Which is good. This is one of those smaller shows, and the sound engineer isn’t trying to shock your system – after all it’s been through only one of two halloween weekends. Generally upbeat, the duo moves into heavier bass, choppy hi-hat pulse, and lyrical funk hooks. The boys are snagging some vocals that Chicagoans can truly appreciate, keeping the beat in the higher register with a kinky hint of trap. They become a bit more generous with improvisation and a couple tracks become less than recognizable. We are warming up.

Disclosure doesn’t over-do it. They are learning to perfect the art of the edge, leaving the audience in a state of anticipation, waiting for the drop. We witness a couple of endearing shout-outs to their modest, but seemingly dedicated Third Coast fanbase. They’ve only got 5 days in America and reveal that they’ve had a lot of pancakes, loads of syrup, loads of butter.  They must love pancakes. This set continues to serve up the auditory version. Sweet, simple, sticky, smooth, and as often is the case with pancakes, they keep ’em coming.  Not to mention the elegant use of cowbell which in this country is a delicacy.

The typical Chicago sway has morphed into a steady bounce, a few people venturing into actually lifting their feet off the ground with the rhythm. They play into this reservation, and extend the top beats further while the folks bob, patiently waiting for the disco melody to smooth it out again.  There are snappy switches, and kiddo with the mic has an encouraging crowd demeanor. With “Flow” and “Tenderly,” Disclosure revels in the glory of dissonant chord progressions with our patient approval. Eventually gaining the full trust of the crowd – torsos and legs finally exploring new territory, disco and funk hooks touching the hearts of even the coldest fingers in the room, which our young hero invites politely to elevate. Applause has them in sheets.

We know it’s almost bedtime, but we want more pancakes. They give us the saccharine and sultry: “Boiling.”  Sexier beats with budding hormones exuding from behind the keyboard and drum pads.  Not enough, but really it’s bedtime. Please one more story. They lock it down in the encore with Latch. Our new found foreign friends earn full favor of the typically suspicious crew with “Latch,” an unabashed “I-got-a-crush-on-you” song. Which works out because it is now apparent that the jumping, throbbing, mildly flailing troupe before them, has a crush too. Welcome to America, Disclosure… see you on the Left Coast. 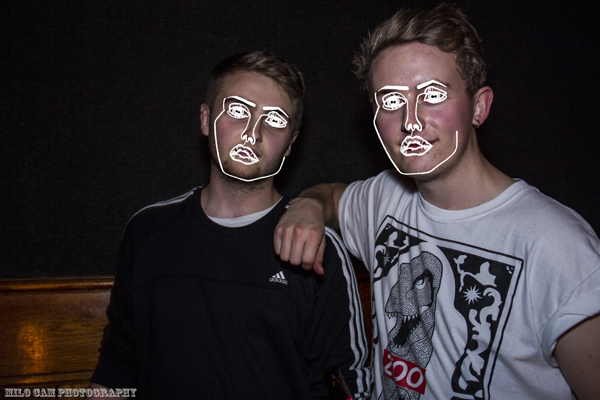 “Show up. Stay present. Bring your best.” Arriving onto the ‘set’ of Wanderlust Festival was somewhat…